Poems in My Pocket

Reading Generously Sponsored in part by:

Poems in My Pocket enjoyed a highly successful 3 years run in Los Angeles under the title Rants, Rhymes, and Lies at the Irish Arts Center, beginning in 1996. The show is completely improvisatory and changes every night. Different actors appear in each shoe, and each actor has memorized perhaps 15 to 20 poems (sometimes more!) and, within a thematic progression, they gather onstage to “converse” with each other in poetic language. The order of the poems is never set in advance, so no two shoes are ever the same—actors both rotate and bring in new poems all the time. The actors choose the poems themselves so our poetry cabaret becomes a glorious way for the actor to define and express himself or herself in verse.

*member, Actor’s Equity Association, the union of professional Actors and Stage Managers in the U.S. This production is presented under the auspices of the Actors’ Equity Los Angeles Membership Company Rule 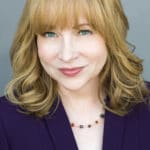