Situated at the base of the Verdugo Mountains, Sun Valley is located on what was originally a Tongva/Fernandeño Native American village called Wiqánga, as wiqár means ”thorn” in Fernandeño. The area was settled by White Americans when the Southern Pacific Railroad was constructed through the east San Fernando Valley in 1876, linking Northern and Southern California. The small town of Roberts was established when Roberts’ General Store was opened, which included a post office and water-tank station. In 1896, the community changed its name to Roscoe, who was either a train robber or one of the workers on the train when it was robbed; the true story remains unclear. By that time only seven families lived in the area. California Highway 99 opened in 1915, and the city was annexed by the City of Los Angeles in the 1930s. World War II brought a new wave of manufacturing to the area, and a suburban community had sprung up. In 1950, the name of the neighborhood was officially changed to Sun Valley by residents and local businesses.

This Audio Tour is Narrated by Kelvin Yu
(Bio)

We’re not the only ones who recommend you get a slice of pizza at 786 Degrees, they’ve also been written about in Eater, the Food Network, L.A. Weekly, and more! Our favorite is the Moroccan pizza, which has the taste of a kabob while being 100% vegetarian. Make sure to order online and pick up at their Sun Valley location! Can’t make it to Sun Valley? You’re in luck! You can still get your pizza fix at their Pasadena location that offers plenty of patio seating.

Read above, or listen to learn about 786 Degrees.
Next Stop: Built by Maximillian and Gladys Thomulka in 1946, the Pink Motel and Cadillac Jacks Cafe (formerly known as the Pink Cafe) is an eye-catching pink landmark on San Fernando Road in Sun Valley. With its Mid-Century Modern style and a star topped neon sign, it definitely stands out today.

Located on Historic Route 99, which was the main highway running north and south before the Golden State Freeway was completed in 1962, the Pink Motel became an easy resting place for people traveling in or out of Los Angeles. In 1959, the Thomulkas added a fish-shaped swimming pool to the property.

In the 1980s, the Thomulkas’ son Monty started renting the property to production companies. The Pink Motel and Cadillac Jacks Cafe are now primarily used as a film location and have been featured in a number of movies and TV shows, including Netflix’s GLOW, Dexter, Drive, The O.C., and Westworld.

Read above, or listen to learn about Pink Motel and Cadillac Jacks Cafe.
Next Stop: 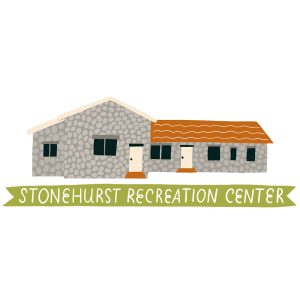 Born in 1895, Daniel Lawrence Montelongo moved near the San Fernando Mission as a young boy. By his mid-20s, he had served as a ranch hand, been in the Army, was a sheriff with Los Angeles County, worked on oil fields, and helped build the Owens Valley Aqueduct, one of the major transporters of water to the City of Los Angeles.

In the 1920s, he married Delfina Valencia Moreno and the couple raised their family in Sun Valley.

Montelongo began construction of the Stonehurst Historic Preservation Overlay Zone—a neighborhood of 92 homes built out of local river rock from the nearby washes and the foothills of the Tujunga Valley. Around 1930, he built the Stonehurst Recreation Center using natural river rock that was rough-stacked to create the building. The building was saved from demolition when local residents petitioned to have it designated as a historical landmark in 1977.

Read above, or listen to learn about Stonehurst Recreation Center.
Next Stop: 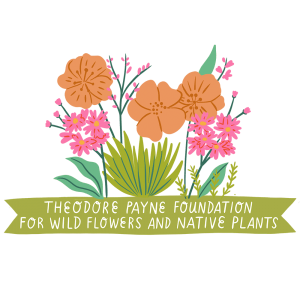 Theodore Payne was born in Church Brampton, Northamptonshire, England a small village on the Althorp Estate in 1872. Orphaned by the age of twelve, he was sent to study at Ackworth Academy, a Quaker boarding school in West York, where he was encouraged to study nature.

After he completed his study at Ackworth, Payne was apprenticed to J. Cheal & Sons, a nursery and seed business where he traveled between departments learning the ins-and-outs of the nursery business. In 1893, Payne traveled to the United States, and then made his way to Southern California. Soon after, he found a job as head gardener for Madame Helena Modjeska, a renowned actress who specialized in Shakespearean and tragic roles, on Modjeska Ranch which they called Arden after the forest setting in Shakespeare’s As You Like It.  It was there that he began his lifelong interest in California native plants.

A few years later, he started working for Germain Seed Company, where he was responsible for their flower, tree, and palm seed departments. In 1903, he opened his own nursery featuring California wildflowers and native plants first in Downtown Los Angeles, and eventually in Atwater Village. In 1907, he married Alice Noyes and together they took many trips into wild areas of California to collect seeds. By the time he retired in 1958, Payne had introduced over 430 species of native plants to the public through his nursery. The Theodore Payne Foundation for Wild Flowers and Native Plants was founded in 1960 to serve as a nursery and gallery that features and fosters education around California native plant life, carrying on Payne’s life’s work.

Read above, or listen to learn about Theodore Payne Foundation for Wild Flowers and Native Plants . Located on the north slope of the Verdugo Mountains, 1,100-acre La Tuna Canyon Park provides trail access into the steep upper reaches of the mountains.

There are several trailheads you can choose from: The Grotto Trail, a 0.15-mile round trip that ends in a seasonal waterfall that is usually visible during the rainy season; La Tuna Canyon Trail, a 4.5-mile round trip hike that ascends a ridge and a pair of canyons with an elevation of 1,350 feet; and Hostetter Fire Road to Verdugo Mountain, a 7.5-mile round trip hike up La Tuna Canyon which reaches the highest point in the Verdugo Mountains. Depending on which trail you follow, you will explore oak and sycamore-lined canyons or majestic views of the San Gabriel Mountains, the San Fernando Valley, and downtown Los Angeles.

Read above, or listen to learn about La Tuna Canyon Trailhead.