As a major business and cultural hub of Los Angeles, this relatively compact, urban area features a number of landmarks that the city is known for. The major areas that comprise 90012 are the Civic Center (which includes Grand Park, L.A. City Hall and various governmental buildings), the Music Center, Little Tokyo, Union Station, Olvera Street, Chinatown, and Dodger Stadium.

This Audio Tour is Narrated by Paul Eiding
(Bio) 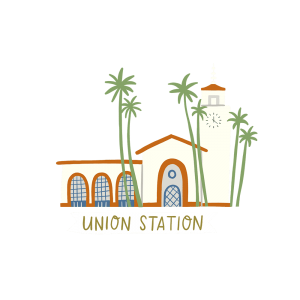 In 1926, Los Angelenos voted to construct Union Station which replaced the city’s two major railroad stations at the time — Central Station and La Grande Station. Originally the plan was to build Union Station at the Los Angeles Plaza, but instead it was relocated to where you see it today.

Though Union Station is celebrated as “the Last of the Great Railway Stations” and still serves today as the busiest railway station west of the Mississippi, constructing it over what was originally Chinatown created a wellspring of racial tensions, and displaced many homes and businesses. The history of this land runs even deeper though; following demolition the construction crews found archaeological remains from the Tongva village of Yaanga.

In 1939, the father and son architect team of Parkinson & Parkinson were hired as the lead designers for Union Station. (Fun fact: John Parkinson was also one of three architects who designed Los Angeles City Hall, which you can see later on this tour.) With an original cost of $11 million, Union Station pays tribute to Art Deco, Mission Revival, Streamline Moderne, and Colonial Revival styles. Attached to the main building is the “Harvey House” restaurant, designed by famed Southwestern architect Mary Colter, one of the very few female American architects of her day known for creating a style that blended Spanish Colonial Revival and Mission Revival architecture with Native American motifs and Rustic elements. This design aesthetic is evident in her combination of the rounded central counter and the tiled floor that creates the pattern of a Navajo Blanket still visible today. Union Station is a major transportation hub with Amtrak, Metrolink, Metro Red and Gold Lines, and numerous buses serving almost 110,000 passengers each day.

Read above, or listen to learn about Union Station.
Next Stop: 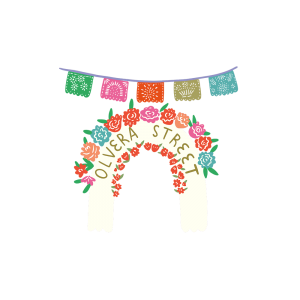 The birthplace of Los Angeles was very near what is today’s Olvera Street; Spanish settlers occupied what had previously been Native Tongva lands by the order of King Carlos III and founded El Pueblo de Los Angeles in 1781. Home to vineyards and a winery, the street was originally called either Wine Street or Vine Street (accounts vary).

Constructed in 1818 by Francisco José Ávila, The Ávila Adobe is the oldest surviving house in the city and can be found in the middle of the street. Today, when you visit the Adobe you can get a glimpse of what California lifestyle looked like in the 1840s. Olvera Street is also home to the Pelanconi House (the oldest surviving brick house in Los Angeles that is now home to the oldest restaurant on Olvera Street), as well as many other historic buildings.

In 1877, the street was renamed Olvera after Agustin Olvera, the county’s first judge who held the first county court trials in his home near the street. By the turn of the century the street had fallen to neglect and decay, and what remained of the area was slated for demolition in the 1920s. But in 1926 a wealthy socialite, Christine Sterling, became an advocate for the preservation of the oldest part of the city. Her plan included closing off the street to traffic, but the property owners on the street resisted this because they were worried it would affect their businesses. However, in September 1929 Sterling was successful in closing the street permanently and reconstruction began. On Easter Sunday 1930, the rejuvenated street was unveiled. Today’s marketplace features street vendors, restaurants, and gift shops which are visited by over 2 million people each year.

Read above, or listen to learn about Olvera Street.
Next Stop:

One of our favorite places to get a caffeine fix is at Demitasse cafe! With every barista having their own signature drink and beans roasted in-house, there is no way you can go wrong. We love that Demitasse is committed to reducing waste and buying local ingredients, so you can drink that cup of Joe guilt free! You can also catch them on our 90403: Santa Monica tour.

Read above, or listen to learn about Demitasse.
Next Stop: 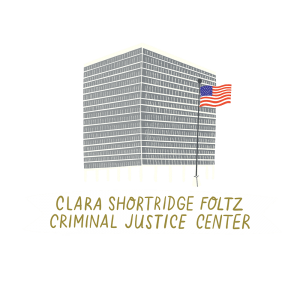 In 2002, the Criminal Courts building in Downtown L.A. was renamed the Clara Shortridge Foltz Criminal Justice Center. Clara Shortridge Foltz, a prominent suffragette, was known for a lot of firsts – the first female lawyer on the West Coast, the first woman to serve as a L.A. deputy district attorney, California’s first woman notary, and the first proponent of the public defender system.

Clara Shortridge Foltz was born in 1849 in Indiana, but grew up in Iowa. At the age of 15, she eloped with a farmer who was a Civil War veteran. After moving to California, her husband left her and she gained custody of their five children. Foltz began lecturing to support her family while also studying law at a local law firm. After discovering that she couldn’t take the bar examination in California, she wrote an amendment to the law, which became known as the “Woman Lawyer Bill” and deleted the words “any white male citizen” and substituted “any citizen or person”. This paved the way for her to become the first woman admitted to the California Bar in 1878. Even though she gained entry into the bar, she was denied admission to Hastings College of the Law, the first law school in California. She eventually argued her own case before the California Supreme Court which she won. However, in order to support her family she returned to her law practice instead of attending law school. Foltz became a leader in the women’s voting rights movement, including working on the passage of the 19th Amendment. Her career spanned 56 years, and even included a bid for Governor of California at the age of 81.

The Clara Shortridge Foltz Criminal Justice Center has been the site of many high profile trials, which are held on the 9th Floor, including the O.J. Simpson trial, the Phil Spector murder trial, and the Richard Ramirez murder trial. While you are here, be sure to look for City Hall across the street – designed in part by architect John Parkinson, who also designed Union Station and other buildings in L.A. including the Los Angeles Memorial Coliseum.

Read above, or listen to learn about Clara Shortridge Foltz Criminal Justice Center.
Next Stop: 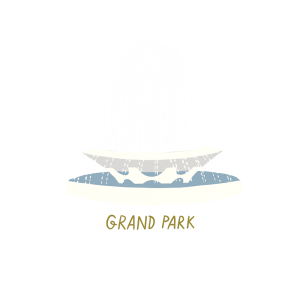 Grand Park extends between Los Angeles City Hall and the Los Angeles Music Center on Grand Avenue. In 1907, noted planner and landscape architect Charles Mulford Robinson submitted a proposal to centralize all major government buildings in one area based on the City Beautiful Movement. However, this dream wasn’t realized until 1966 when construction was completed on the Civic Center Mall.

In 2007, the Grand Avenue Project was approved, which resulted in the construction of today’s Grand Park. The current park includes 12 acres with plans to continue revitalizing and expanding the Civic Center through 2032.

As you walk through the park, you will see numerous statues and monuments. Here are just a few you can look out for: the Court of Historic Flags, the Vietnam Memorial, the iwitness: Armenian Genocide 1915 monument, the Ukranian Genocide Memorial, the El Paseo de Los Pobladores de Los Angeles marker, and the Mosaic Law Statue. Before you reach Grand Avenue, you will also find the Arthur J. Will Memorial Fountain. Arthur J. Will served as the Chief Administrative Officer for the County of Los Angeles from 1951 through 1957 and the fountain is dedicated to him with this tribute: “his vision and leadership for more than 25 years of service to this community helped provide this great civic center as a symbol of good government and an inspiration for cultural growth.” Originally built in the 1960s, the fountain was rejuvenated during the Grand Avenue Project and now includes a water show with corresponding multicolored LED lights at night.

Read above, or listen to learn about Grand Park.
Next Stop: 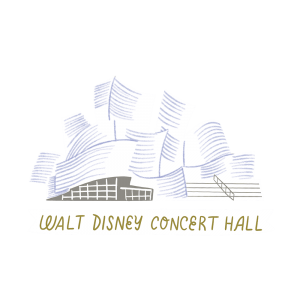 Designed by architect Frank Gehry, construction for the Walt Disney Concert Hall was initiated in 1987, when Lillian Disney (widow of Walt Disney) donated $50 million. After the completion of the underground parking garage in 1996, construction on the building stalled due to a lack of funding.

Gehry’s original plans called for a stone exterior, but to save costs the stone was eventually replaced with its now famous stainless steel exterior. In 2003, the Concert Hall was completed with final costs estimated at $274 million – the underground parking lot costing $110 million on its own! Home to the L.A. Philharmonic and the L.A. Master Chorale, the Disney Concert Hall’s acoustics, which were designed by Minoru Nagata with final installation overseen by Yasuhisa Toyota, have been praised by performers and audiences alike.

Be sure to stop by the tranquil Blue Ribbon Garden which you can access on the corner of 1st and Hope Street. This rooftop garden features a fountain designed by Gehry that pays tribute to Lillian Disney.  A Rose for Lilly combines her favorite flower and her love for Delft porcelain. The artists who constructed and created the mosaic for the fountain left behind hidden gems including hand-drawn shards that bear artist’s initials, playful drawings, and even one illustration depicting Gehry.

Read above, or listen to learn about Walt Disney Concert Hall.