A message from Jeff Gardner

My acting experience with the Young Idea opened up a whole new perspective on Noel Coward. First and foremost I discovered that there is no one way to ‘play’ Noel Coward. So often I had heard of a distinct Coward ‘style’ and only that way was the correct way. I was glad to find I was wrong. This freed me up from thinking Noel Coward was difficult to perform and allowed me an opportunity to tell the story as Coward intended. 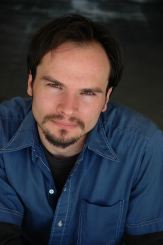 Jeff is a native from Los Angeles. A graduate of the Los Angeles County High School for the Arts, Jeff began acting professionally in Washington D.C. where he appeared in Little Women at the Kennedy Center, Skylight at The Studio Theatre, Henry V, Henry VI parts I-III and Measure for Measure, all at the Shakespeare Theatre. Other regional credits include Our Town and The Seagull (with Gwyneth Paltrow and Christopher Walken) at Williamstown Theatre Festival in Massachusetts. His film credits include Lifeform, Fall Time and the MGM feature Hollywood Sign. Jeff also has an award-winning one-man riff on TV entitled Kill Your Television.

90024: University Students and Changes in Westwood